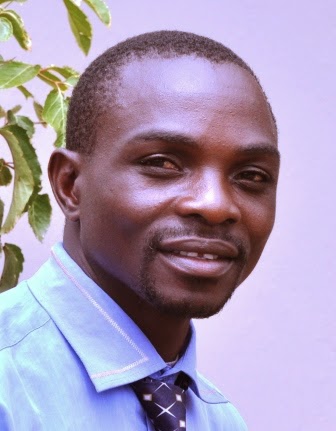 I was converted to Christ in 1995 in Lusaka at an evangelistic crusade organised by the Coming Soon Ministry of South Africa. Before I became a Christian I used to go to church regularly. I joined the Pentecostal Assemblies of God and even sang in the choir. Eventually I even became a choirmaster for eight years. I had no sense of my spiritual condition because I was dead in sin. When the Coming Soon Ministry came to conduct the evangelistic crusade, I participated in it because I felt it was my duty to do so as a Christian. The message that was preached was from Romans 3:23 and 6:23, and the Lord opened my eyes to my true condition before him. I realised how sinful I was and asked for forgiveness there and then. I accepted Jesus as my Lord and Saviour.In 1995 I sensed a call to the preaching ministry and in 1996 a number of us opened a church in Lusaka. Then I was sent to Mumbwa where I opened another church. While in Mumbwa I enrolled in a Bible college. After graduation in 1999 I began to serve the Lord as a full time pastor. I was introduced to Kabwata Baptist Church by pastors Curtis Chirwa and Lichawa Thole. While on this internship programme, I hope by God’s grace to learn a lot concerning pastoral work in a practical way, more especially because the pastor of KBC is my lecturer in Pastoral Theology at the Lusaka Ministerial College. 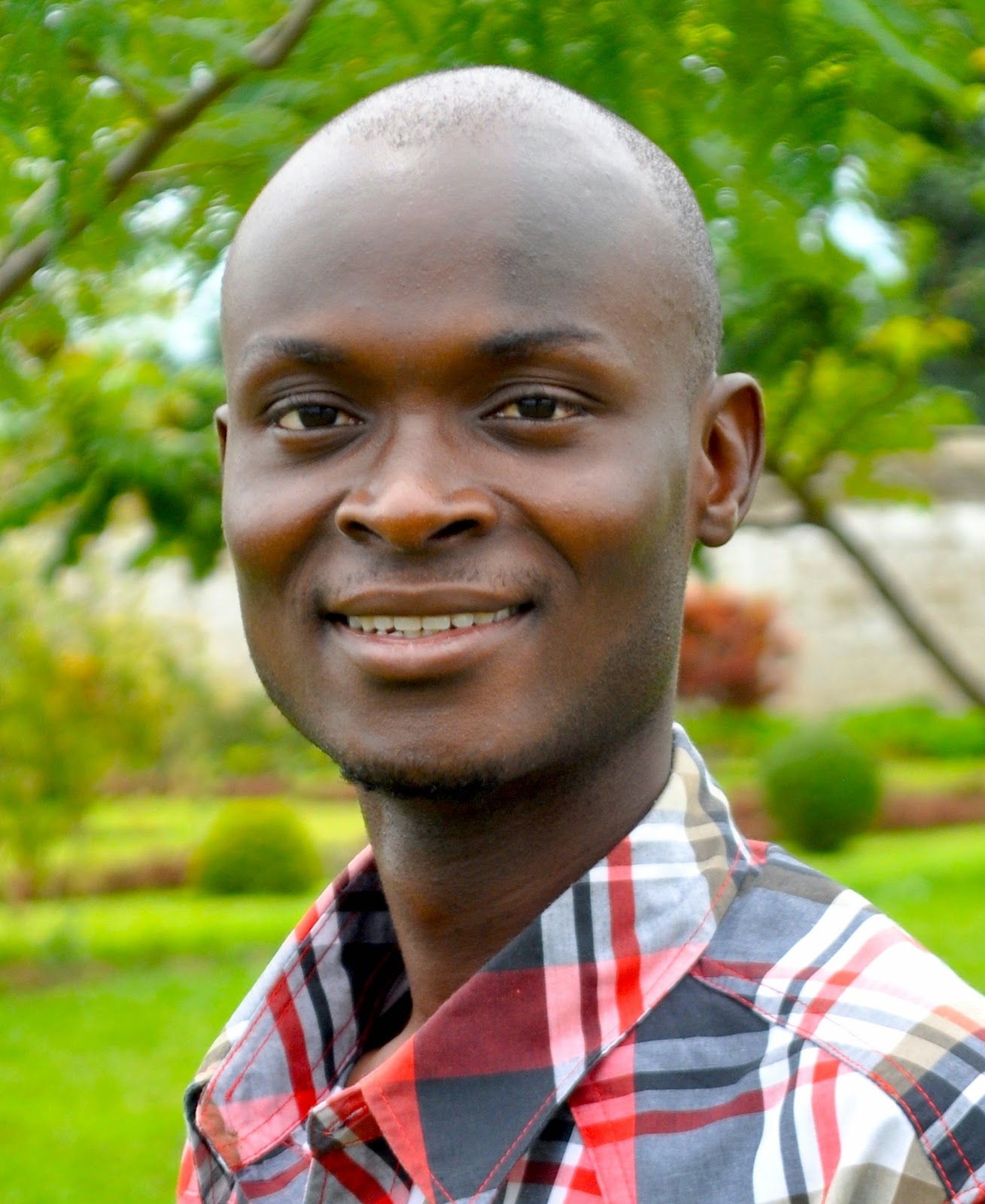 I got saved in December 2001. The sermon was about going to hell or heaven. The preacher gave an illustration likening how a hen protects its chicks with its very life to how Jesus Christ left heaven and gave his life for our sins. That really touched my heart.  After the service I asked one of the leaders how I can get saved. Through the Bible he explained to me about my sins and the love of God. On that day I got so convicted about my sin that I could not leave the church premises until I gave my life to Jesus Christ.

I had a great desire for pastoral ministry for a long time but I first wanted to have a secured life with a good income so that I could help my family. But man’s plans are not God’s. In 2008, God took everything that I depended on and bought me to the point where I surrendered my life completely for his use. 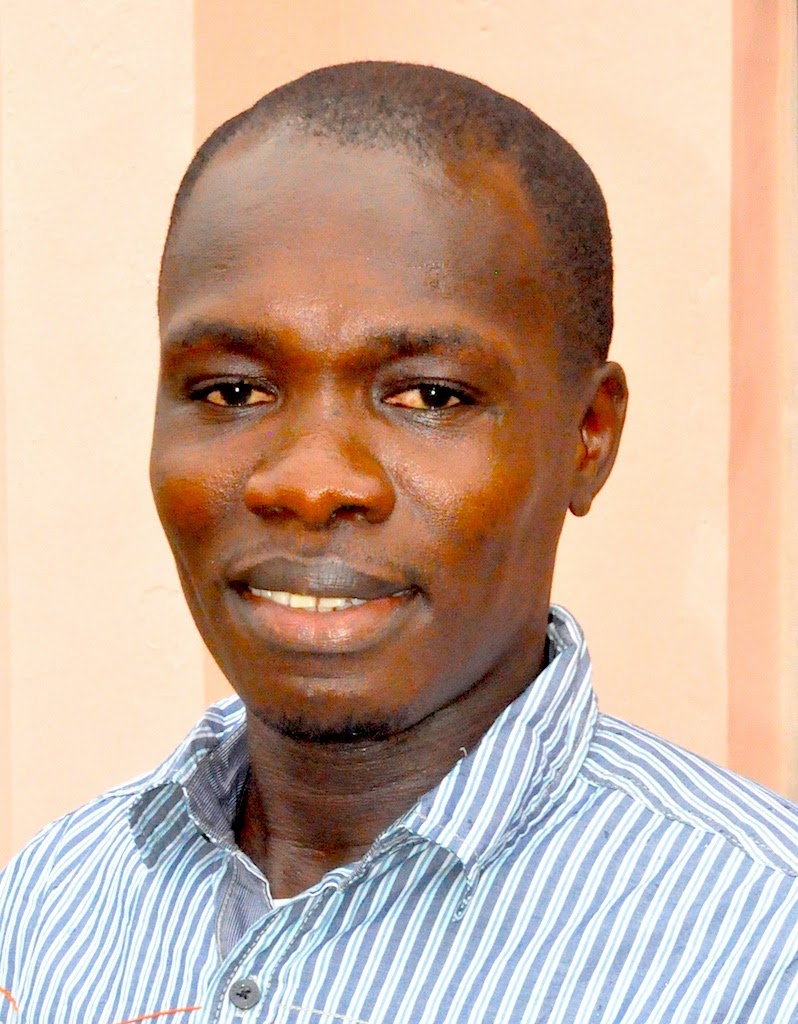 I come from Sierra Leone and was born in a non-Christian family. I gave my life to Christ through a brother who invited me to his church and also told me about Christ and the beauty of being a Christian. Initially, I was very excited about the Christian life because I realised the pitiful life I had been living. However, as time went on the pressures upon me as a young man assaulted my devotion to Christ.

Through the vibrant teaching of a local church I recommitted my life to Christ. It was then that I began to sense God’s call for me to enter full time pastoral ministry. This was also confirmed to me by my pastor, friends, elders, and loved ones. I went to Bible college to further study the Word of God and to equip myself to tell others about Chr
ist. After completing the training I wanted to come for this pastoral internship program at Kabwata Baptist Church to learn how I can practically implement and practice what I had been taught. I wanted to know how to function as a pastor and teacher in the local church.

I hope and pray that after my one year of pastoral internship at Kabwata Baptist Church I will be able to understand the importance of the pastoral ministry and how it operates in the life of a church. I hope that after my period here I can go back to Sierra Leone and make a change in my generation by the grace of God. 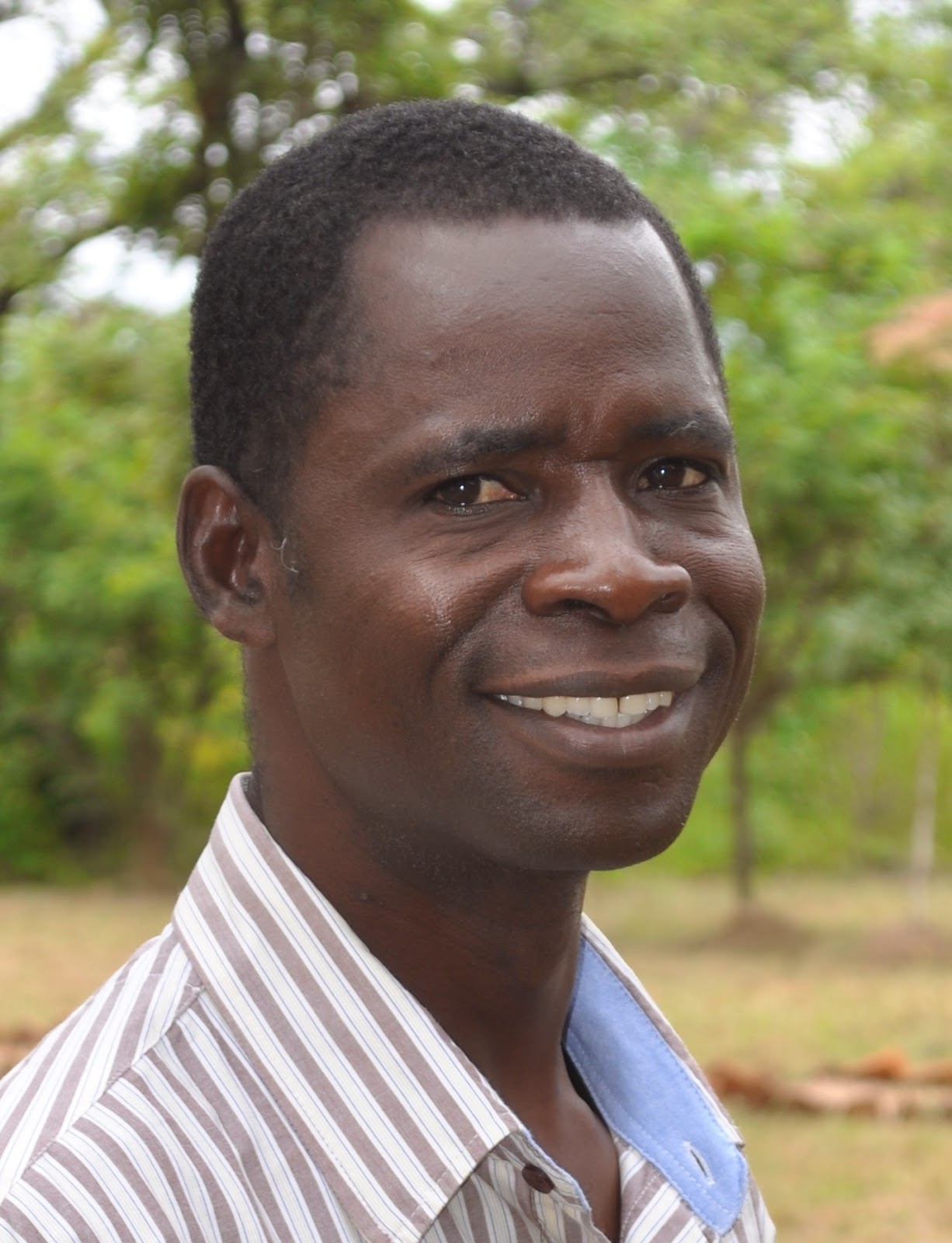 I got converted during a camp organised by the Scripture Union in 1980. Then I was baptised at Bethel Baptist Church in Kafue. Since then my life has been at peace with God and I have enjoyed my relationship with him. I came to know about Kabwata Baptist Church through Pastor Albert Ngoma of Calvary Baptist Church in Chipata and then I learned of the internship program last year after my graduation at Covenant College where I got a diploma in theology.

My expectations during the internship are that I may grow spiritually and be able to understand the Reformed distinctives. As a missionary pastor, it is not enough to just graduate and then accept to pastor a church. I need to know more about what I am getting myself into. Therefore, I thank God that Kabwata Baptist Church has accepted me into this programme. It is my prayer that I will make it to the end and be fully baked for ministry.

During my internship, the following are the specific items that I would really love to learn:
How a Reformed church is run.
How a pastor works with fellow elders.
How two pastors can work together in the same church.
How cell groups are organised in a big church like Kabwata Baptist Church.
How deacons work with the elders.
How missions work is coordinated in a local church.
I have mentioned but a few items only. The list is long. May God help me during this period! 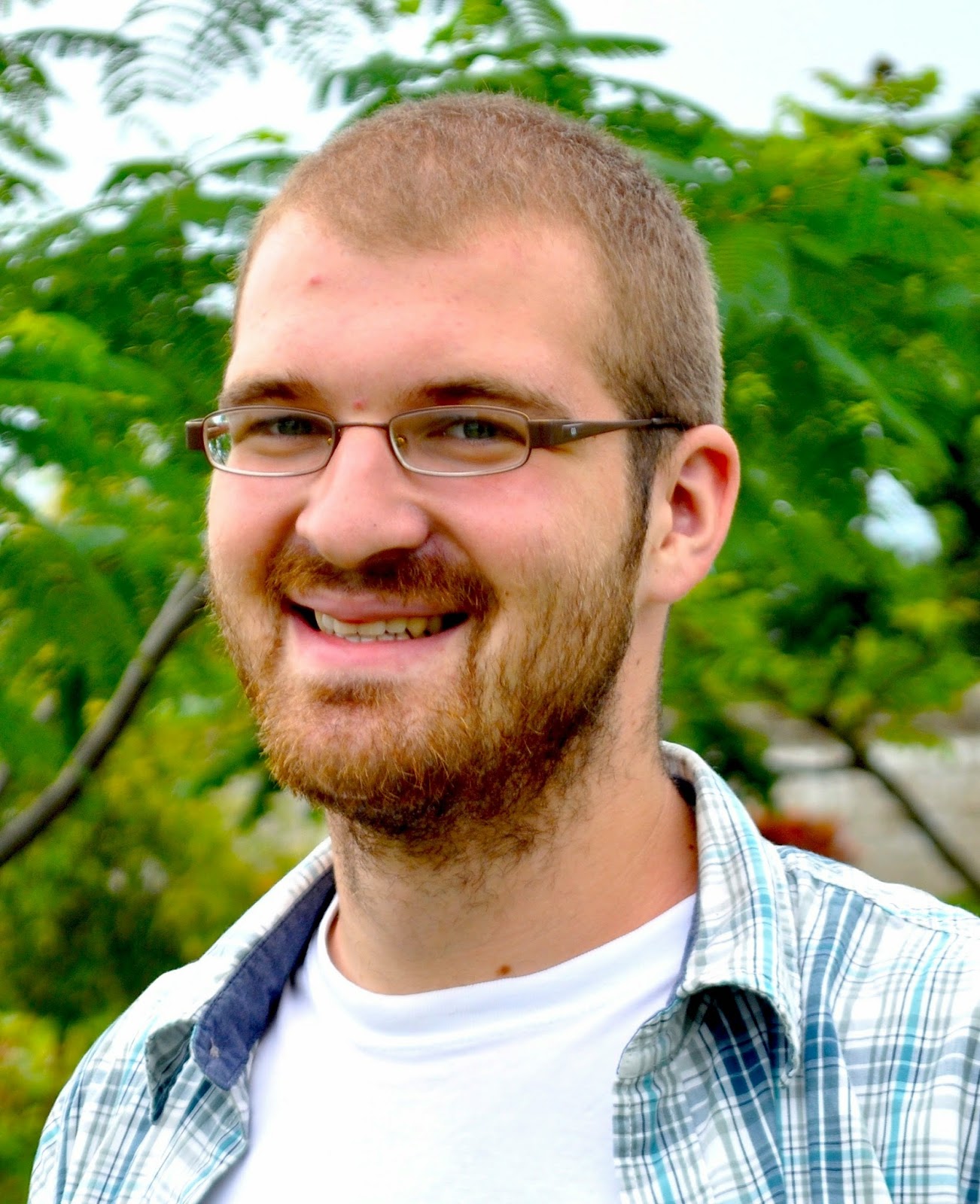 I come from Canada. I was first introduced to the gospel of Christ in the summer of 2003 at the age of 12. A good friend invited me to a teen activity at Cornerstone Baptist Church. I attended these youth meetings and even Sunday and midweek services for almost a full year, though I rejected the gospel that was taught weekly. It was in the summer of 2004 while at a camp organised by Heritage Baptist Church that I finally confessed my sinful condition and accepted Christ as my Saviour.

Upon completing high school in 2008, I began my studies at Faith Way Baptist College, where I was enrolled in a Bachelor of Christian Education. It was in my third year at College that I recognised the Lord’s calling to full time Christian service, particularly among the people of my home province, Newfoundland and Labrador. I attended Camp BIMI in the summer of 2012 to pursue these missionary interests. Since then, I have enjoyed the privilege that the Lord has granted to serve in my home church in many capacities—preaching, teaching, youth work, children’s clubs, and menial labours.

In the summer of 2013, my pastor, Dennis Seely, and a fellow church member, Allan Mweemba, took a three-week trip to Zambia that was grounded in philanthropy. Shortly thereafter it was proposed that I undertake a similar but more extensive trip. I am currently enjoying the opportunity to serve at Kabwata Baptist Church in Lusaka, Zambia, as a three-month intern. Your prayers are greatly appreciated. 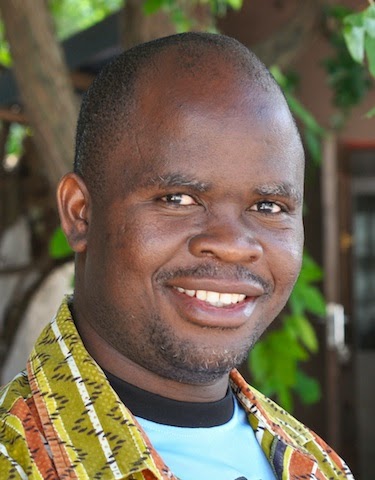 My name is Monametsi Chapman Bahudi. I have been married to Tshoganetso Bahudi since November 5th 1998. We have four daughters. We live in Gaborone, Botswana.

I came to the saving knowledge of Jesus Christ at a Scripture Union meeting in July 1992. A sermon was preached on the story of Naaman. We had gone to the meeting to mock the Christians but the Lord had his plan for my life that day. I delayed going to any church, but in 1994 I started attending Gaborone Baptist Church (Southern Baptist) where I became a member. I experienced much growth and involvement in the church. I began teaching and rose to a point where I began to be treated as the pastor’s assistant. I became confident in the church ministries and felt what I thought was a call of God to the pastorate. Sadly, I had to quit the church over doctrinal conflicts.

I enrolled in this internship program so that I can learn how to plant and lead a biblical church. The internship is expected to give me the practical skills and disciplines on pastoral ministry in an environment of observing and interacting with experienced elders and an active church membership.

Verse of the Day

All Scripture is breathed out by God and profitable for teaching, for reproof, for correction, and for training in righteousness, that the man of God may be complete, equipped for every good work. — 2 Timothy 3:16-17 (ESV)