An association of God-centred evangelical churches in Southern Africa 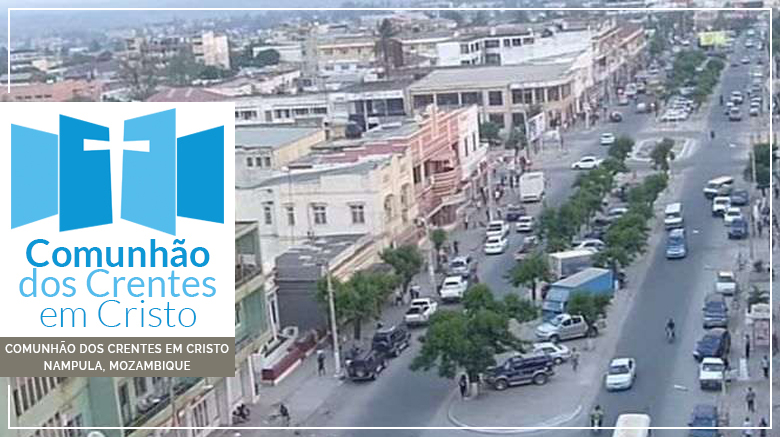 God has made good use of Mission Ekklesia in the past year. The founder of the movement is Timóteo Bila, one of our congregation’s four leaders. Readers from long ago will remember that he was raised in a Pentecostal church, saved and radically transformed in an Assembly of God congregation while in high school, then discovered the doctrines of grace on the Internet while doing research in college. He was appalled and alarmed at his first exposure to ideas so contrary to what he had long been taught in his charismatic congregations, then impressed, and finally enraptured as God unveiled to him the full-orbed beauty of the gospel of salvation by grace through faith.

In 2012 Bila migrated to Nampula from the capital 1300 miles to the south, expecting that north Mozambique held more promise for employment and ministry. He had attended the Fiel Conference one year before, making the arduous 2600 mile round trip by bus over difficult roads. On that visit he was impressed with the progress the conference and literature ministries seemed to be making with scores of denominations in the north. In the south he had arranged seminars and written books and taught in his own Bible school, but he said the Christians around the capital in the advanced southern section of the nation thought they knew everything already and were hard to reach with the Scriptures! At our conference in the north he saw amongst our humble, untrained church leaders a hunger to grow in their knowledge of God and the Bible.

God gave Bila good work to do in Nampula, both in providing for his family and in ministry. Even before coming to Nampula, Bila and I had teamed up to publish and distribute an 84-page catechism on the doctrines of salvation he had written for the Evangelical churches of Mozambique. When he moved to Nampula he lived with us until he could get a home set up so his family could join him. From our guest room he accomplished the paperwork involved in getting Mission Ekklesia legally established.
During his stay with us, what most struck me about Bila besides his obvious love for the Lord was the mountain of books always open on his desk – concordances, commentaries, Bible encyclopedias and dictionaries, in English and in Portuguese, with the Bible in the center of them all. He was a true scholar and Reformer with an insatiable desire to correctly understand God’s word.

Yet for all this, his Christianity was anything but pedantic. It had all the warmth and fervor of his Pentecostal origins. A year ago, due to allegations of misconduct (disproved months later), four girls were turned out of a Christian orphanage we have long supported. Julie and I debated on the best way to help these girls and were prepared to accept two of them into our home. But which two? One seemed to be sullen and we feared promiscuous. We could not risk bringing harm to the ministry. While Julie and I debated within ourselves, Bila and his wife Sara, though living on much more limited means, immediately welcomed two of the girls into their home and hearts – one of them being the assumed trouble-maker. When I asked Bila how he and Sara made their choice he said they simply picked the two most needy ones. I fretted about the problems the one adolescent might bring to their family. He simply said, “She is a human being too and needs to be loved.” Not surprisingly, she has blossomed under the Bilas’ tender care and wise mentorship, and has never caused a problem.

Bila soon got the reading clubs organized that I have featured in previous reports. Our bookstore provides the books free of charge and he makes sure they are read by the men who receive them. He has readers who have been analyzing and debating a book a month for four years now, and they are the classics from Augustine to Luther and Calvin to John Owen to Ryle and Spurgeon, then Pink, Lloyd-Jones, and finally contemporary writers like J.I. Packer, D.A. Carson, John MacArthur, Sproul, Piper, and Paul Washer. These Mozambican men, some of whose ancestors until one generation ago lived almost like cavemen in mud huts wearing bark clothing and consulting witch doctors, have studied under every one of these gifted Bible scholars thanks to Bila’s influence in their lives.

From the very first, Bila teamed up with Ibrahimo Hâmido, a Baptist English professor who has been an ardent reader of Calvinistic Christian literature since discovering salvation by grace through faith in the systematic theology course of 2012. Until Valoi of Methodist origins joined them in 2015, Bila and Ibrahimo were the heart of the Ekklesia operation. Another good man, André Kizito from the Assemblies of God, has been an important part of the team. Kizito came to the doctrines of grace in the theology course of 2010. Like Bila, Ibrahimo, and Valoi, he vigorously opposed them at first, but halfway through the course he had to acknowledge their place in the Bible, and by the end was forever transformed in his love for the sovereignty of God in salvation. 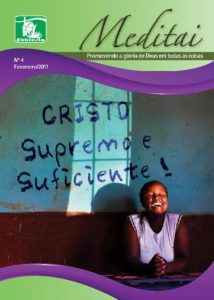 These servants of God team up to prepare articles for the Mozambican Christian periodical “Meditai!” (Meditate!) a quality journal written by them in Nampula, laid out for free by a Reformed Baptist graphic design artist in Spain, printed in South Africa, and distributed by Grace Missions in Mozambique. Until HeartCry came on board with funds to help boost circulation, the journal was financed using our family’s limited resources. Their last issue was 50 pages devoted to the Supremacy and Sufficiency of Christ, a collection of expositions by them from the book of Colossians adapted from a seminar they had taught to 80 church leaders meeting in the Grace Mission hospital building. Interspersed with their writings were articles from Paul Washer, David Platt, and John Piper.

Their association with HeartCry began when I contacted Paul Washer about speaking at our Fiel Conference. His organization said they generally allowed Paul to take overseas conferences only in places where HeartCry already supported indigenous Reformation ministries. I knew they would appreciate Mission Ekklesia and got them interested. Their Africa regional supervisor, Sean Reece, came to the 2016 Fiel conference and fell in love with the four Ekklesia men. Together with Grace Missions they sent three Ekklesians to get to know the Reformed Baptist work in Zambia, and then paid all the expenses for Ibrahimo to attend a ten-day intensive seminar on church ministry led by 9 Marks in Washington, D.C. Paul Washer even signed on to preach at the 2018 Fiel Conference mainly so he could personally know and encourage these men in their labors, though that trip is on hold while he recovers from a heart attack last year.

Last July Heber Campos, a professor from the Andrew Jumper school of theology in Brazil, was our main speaker at the 18th Fiel Conference in Nampula. Like HeartCry, he too was impressed with the work of these men and soon arranged full scholarships for Bila, Ibrahimo, and Valoi at his institution, provided they could pass the entrance exams, which they all did. Kizito had preached powerfully at the previous three conferences, but this year could not attend, and so missed out on this opportunity.

Now Karl Peterson, my partner in the Mozambique Fiel ministry, and I are seeking to supply the $3000–$4500 each man will need to make several week-long journeys to Brazil each year. The rest of their studies they will do from Nampula while carrying on with their ministry to the Mozambican church.

Besides the journal Meditai!, Mission Ekklesia has offered many intensive weekend seminars on the books of Romans, Ephesians, Galatians, and Colossians, as well as the five Solas of the Reformation and ten rules for correct Bible interpretation. They also teach frequent seminars on Biblical marriage and on Biblical work ethic—two areas noticeably weak in African culture, even in the churches, though the marriages and prodigious productivity of the Ekklesia men themselves is exemplary.

Needless to say I count it an enormous privilege to be so intimately associated with the work carried on by these leaders, all but one of whom got his introduction to Reformed theology in my course. There is no doubt that the explanation for their impressive spiritual output lies with the Lord, but I am thrilled that God keeps sending to me these chosen instruments of His for their first lessons in salvation by grace through faith.

One of my great fears during the many years I spent preparing myself as a surgeon to go into medical evangelism on the mission field was that God would assign me to a place where seminarians handled all the church planting and pastoral training work. I wondered how I would keep them from shutting me up in the OR while they did all the heavy lifting spiritually. But for 28 years I have been laboring as a medical man in a mission field white for harvest where to my knowledge there are still no seminary-trained church planters (or lawyers!). In this respect, I thank God for causing the lines to fall to me in pleasant places—though I could write a book on the trials and persecutions that have also been abundant along the way!
In the next article, I will describe an exciting new ministry of Mission Ekklesia, auspiciously begun last October: the Crucified Youth Conference.